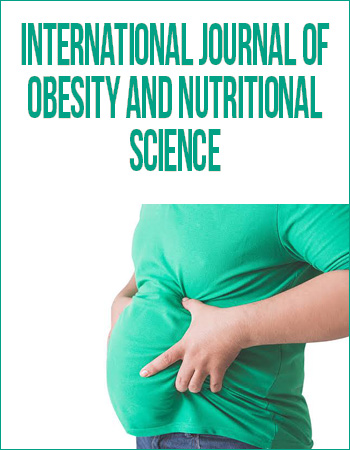 Dietary fat composition is highly modifiable, and possibly one of the most important factors influencing insulin resistance and blood cholesterol. In the last several decades, unsaturated fatty acids have gained importance as a dietary component that could prevent chronic disease, with saturated fats generally regarded as detrimental to oneʼs health [1]. Dietary fatty acids determine plasma availability and tissue storage of lipids, and have long been speculated to exert an effect through altering cell membrane composition and function particularly in skeletal muscle, as well as gene expression, enzyme activity, and immune cell function [2-6].

Obese adults and those with type-two diabetes are known to have higher circulating levels of free fatty acids than non-obese non-diabetic individuals [14]. Cross-sectional studies demonstrated that lean individuals have a greater proportion of LA, in serum fatty acids than obese individuals, who tend to have more serum fatty acid in general, and a greater proportion of saturated fatty acid intake such as palmitate [15]. MUFA and PUFA are thought to benefit serum lipid profiles by limiting hepatic steatosis and subsequently increasing lipid metabolism and decreasing lipogenesis [3,16]. A controlled study of supplemented LA intake demonstrated favorable decreases in total and LDL cholesterol but HDL and triglycerides were unchanged [17]. High PUFA diet has been shown to decrease LDL in small controlled studies, and high SFA to increase LDL [16,18]. Yet, studies analyzing MUFA in relation to PUFA on diabetes risk and its effect on serum lipid profile are limited in number [16].

The aim of the study was to examine the role of dietary consumption of different types of fatty acids on metabolic risk factors in middle-aged and older men and women. We hypothesized that SFA intake, and low intake of MUFA and PUFA would be associated with markers of insulin resistance, hyperlipidemia, and hypercholesterolemia in middle-aged and older overweight and obese men and women.

Male and female adults aged 45-80 years from the Baltimore/Washington area were eligible if overweight or obese (BMI 29-50 kg/m2) but otherwise healthy. Women were included only if they had undergone menopause for at least one year. Only adults who were weight stable (<2.0 kg weight change in past year) and sedentary (<20 min of aerobic exercise 2x/week) were recruited. Men and women were excluded for the presence of heart disease, diabetes, cancer, anemia, dementia untreated dyslipidemia, as well as those with other unstable or chronic diseases affecting the liver, lungs, or kidneys. Potential participants were screened and underwent a physical examination including a comprehensive past medical history, fasting blood profile, and a graded exercise treadmill test. Each study participant provided written consent. All methods and procedures were approved by the Institutional Review Board at University of Maryland and the VA Research and Development Committee.

Subjects were instructed by a registered dietician (RD) on how to complete a food record. Each subject completed a 5-day food record and recorded all foods eaten, and the estimated quantity of each food. Diet records were analyzed for macronutrient content, with lipids further recorded as SFA, MUFA, PUFA, omega 3, omega 6, Eicosapentaenoic Acid (EPA), Docosahexaenoic acid (DHA), trans-fatty acid and cholesterol, as well as sodium and fiber using Nutritionist Pro software. Additional analysis of the food records were performed with the USDA Foodapedia feature of the Super tracker program.

After a 12-hour overnight fast, the subjects had a blood draw before and at 30-min intervals for 2 h after ingestion of 75 g glucose. Samples were collected in heparinized syringes, placed in pre chilled test tubes containing 1.5 mg EDTA/ml blood, centrifuged at 4°C and stored at -80°C until analysis. Plasma glucose concentrations were measured using the glucose oxidase method (2300 STAT Plus, YSI, Yellow Springs, OH). Plasma insulin was measured in duplicate by radioimmunoassay (RIA) (Millipore, St. Charles, MO). The subjects were defined by glucose tolerance status.

Descriptive means were calculated on variables. Unpaired t-tests were used to test differences by sex. Pearson correlations and partial correlations were used to assess relationships between key variables. Statistical significance was set at a two-tailed P<0.05. Data were analyzed using SPSS (SPSS Inc., Chicago). Results are expressed as mean ± SEM.

Descriptive characteristics of the subjects are provided in table 1. The subjects were 70% Caucasian and 30% African American and included 9 men and 11 women. Subjects had low fitness levels (VO2 max: 23.5 ± 2.4 ml/kg/min) and high total body fat (43.5 ± 1.7%). Fasting and OGTT results as well as lipoprotein lipid results are shown in Table 1. Twelve subjects had normal glucose tolerance (NGT) and seven subjects had impaired glucose tolerance (IGT).

Dietary characteristics of the subjects are compared to national dietary reference intakes (DRI), including accepted macronutrient distribution range (AMDR) or adequate intake (AI), and are presented in Table 2 [21]. The average macronutrient composition of the diet is fairly homogenous. Diets were high in proportion of fat with roughly equal percentages of SFA and MUFA, whereas intake of PUFA intake had the lowest percent of total fat intake. No significant differences were noted in the diets between NGT and IGT subjects for percent of calorie intake for carbohydrate, protein, and fat (data not shown) or for daily intake of MUFA (31.0 ± 2.7 vs. 28.7 ± 3.4 g), PUFA (20.3 ± 1.9 vs. 18.2 ± 2.7 g) and SFA (29.3 ± 2.5 vs 27.0 ± 3.4 g), respectively.

Relationships of diet with glucose tolerance and lipids

Our results indicate that overweight and obese subjects have a high dietary intake of fat as a percent of total caloric intake, especially SFA and MUFA. The dietary intake of SFA, MUFA and PUFA in our sample closely resembles those of the average American using NHANES data [22]. We did not find differences in dietary intake of fatty acids between adults with normal and impaired glucose tolerance. Greater MUFA intake compared to PUFA tended to be associated with glucose intolerance and higher serum cholesterol in these overweight and obese sedentary subjects.

Our results would suggest that dietary intake of PUFA confer some reduction in metabolic risk in terms of glucose metabolism and hypercholesterolemia. In a systematic review and meta-analysis of randomized controlled feeding trials, replacing carbohydrate intake with PUFA or replacing SFA with PUFA reduces blood glucose levels and insulin resistance and improves insulin secretion [23]. The association between PUFA intake and lower total cholesterol further support a potentially beneficial effect of PUFAs on various aspects of lipid metabolism.

In a small meta-analysis of four studies of adults with type-two diabetes that compared high-MUFA to high-PUFA diets, the MUFA groups had reductions in fasting plasma glucose [24]. Although our results appear to contradict this analysis, MUFA intake is confounded by its food source as it can reflect either consumption of meat and dairy products containing oleic acid, or of non-hydrogenated vegetable oils like olive oil or avocado. Thus, detailed food records of intake are necessary to further elucidate any conclusions.

We did not find any significant associations of saturated fat intake with metabolic risk, likely due to the homogenous sample of overweight and obese adults. Our findings align with the longitudinal findings of the Nursesʼ Health Study, where Type 2 diabetes risk was not associated with total fat intake, saturated or monounsaturated fat intake [13]. Furthermore, analysis of a single fats alone, or proportions of fat groups in a dietary pattern, may not have been sufficient to relate to metabolic outcomes. In fact, inverse association are reported with percentage of energy derived from fat, SFA, MUFAs and PUFAs suggesting that overall composition may play a more important role than total amount of each type of fatty acid [27]. Using the National Health and Nutrition Examination Survey (NHANES) of over 24,000 participants, Mazidi et al. [28], reported that subjects who adhered to dietary patterns determined by a one-day 24 h food record either comprised of SFA, total fat, MUFA and CHO and or composed of PUFA, cholesterol, and protein had a higher likelihood of developing insulin resistance.

Analysis of diet composition in terms of individual nutrients should put the food in context; specifically that food is not composed simply of individual nutrients, but is a complex interplay of micro and macronutrients, influenced by its source, preparation, and by the other foods in a meal. This multi-layered context of a nutrient, as well as the metabolic characteristics of an individual, will determine the uptake, use, storage of said nutrient, as well as long term metabolic sequelae of any diet patterns.

Limitations of this study include the small sample size, relatively homogenous nature of the group, and inability to control for potential confounding factors such as age, sex, and race. In addition, the cross-sectional design of the present study does not allow investigation of the impact of dietary fat composition on the development of diabetes as in a followup study. However, the strengths of the study include a thorough analysis of dietary intake with a 5-day dietary intake and careful characterization of the subjects including measures of fitness by VO2 max testing, glucose metabolism by oral glucose tolerance test, and lipoprotein lipid profiles which were measured twice and averaged.