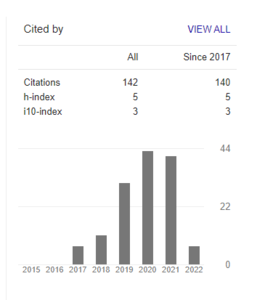 Background: The gastrointestinal tract is the portal for the entry of dietary nutrients, and a number of intestinal hormones such as ghrelin, glucagon-like peptide-1 (GLP-1) and glucose-dependent insulinotropic polypeptide (GIP) are involved in their absorption and storage. A direct effect on adipose tissue is highly likely if specific receptors for these peptide hormones can be identified in the tissue. While specific receptors for GIP have been reported in adipocytes, studies have been inconclusive with regard to GLP-1 and nothing is known with respect to ghrelin.

Outline methods: Species specific primers were designed and RT-PCR was performed on RNA extracted from mouse adipose tissue depots, and 3T3-L1 and SGBS cells. Expression of the genese for GIPR, GLP-1R and ghrelinR was examined.

Conclusion: GIP, GLP-1 and ghrelin receptors are expressed in the major mouse fat depots as well as mouse and human adipocyte cell culture systems. Hormonal signals from the intestine may influence adipocyte function.

Biography:
Suha is an MB ChB, MSc, PhD qualified professional in the fields Chemical Pathology and Metabolic Medicine. With a broad based experience in both national and international environments. Previously she worked as a Clinical Research Fellow at the Biomedical Research Centre (BMRC), University of East Anglia (UEA). During her research project she established culture and manipulation of a new parasite to the labs as well as investigating the effects of this parasite on gut intestinal epithelia and as a result Suha has a numerous publications and received awards for her work. Moreover, whilst conducting research she got involved in facilitating both Problem Based Learning (PBL) and Inter Professional Learning (IPL) for students from the Medical School at UEA.