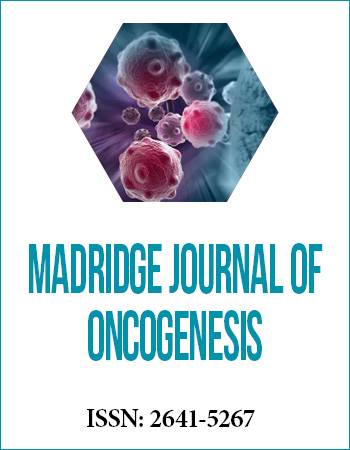 Methods: DNA samples from 240 patients with larynx cancer and 240 age-matched controls were genotyped using a PCR-RFLP.

Results: The frequencies of the genotypes were Ser/Ser89%, Ser/Cys9%, and Cys/Cys2% in the controls, and in patients were 58%, 32.9% and 9.1%, respectively. The Ser/Cys and Cys/Cys genotypes were significantly associated with the increased risk of cancer larynx and these genotypes increased the risk percent of larynx cancer among moderate and heavy smokers.

Conclusion: The Ser/Cys and Cys/Cys genotypes are significantly associated with the increased risk of larynx cancer in Egyptian population.

Carcinoma of the larynx forms an important group of malignancies as it accounts for approximately 1% of new cancer diagnosis [1]. The highest incidence rates have been registered in more developed countries of the world and the lowest in the developing countries. In Egypt, laryngeal cancer is considered the most common head and neck cancer because cigarette smoking, an indisputable risk factor, is on the rise in the community [2].

The incidence of laryngeal cancer in Kasr El-Aini Center of Radiation Oncology and Nuclear Medicine, Faculty of Medicine, Cairo University is 3.1% per year. Advanced laryngeal cancer is generally considered as the disease in stages III and IV based on the primary tumor extension and/or the presence of metastatic lymph node(s) in the neck and it accounts for roughly 40% to 50% of patients with laryngeal cancer [3].

A variety of genes can be involved in the multi-stage process of carcinogenesis, including oncogenes and suppress or genes, genes involved in the metabolism of carcinogen, DNA repair genes [4]. The human 8-oxoguanine DNA N-glycosylase 1 (hOGG1) gene maps to 3p26chromosome and expresses two major mRNAs encoding proteins composed of 345 and 424 amino acid residues (α-hoGG1 and β-hoGG1, respectively) [5].

8-Oxoguanine is a major form of mutagenic base damage caused by reactive oxygen species (ROS) and is a hallmark and marker of oxidative damage to DNA. This lesion is recognized by the hOGGl protein, which is a glycosylase of DNA base excision repair (BER) pathway. It has an endo-nuclease activity allowing it to excise oxidized base from DNA [6].

Because malignant tumors often show an increased level of oxidation of the DNA bases, this may suggest the implication of oxidative DNA damage in the etiology of at least some cancers [4]. It seems that this be the case of fraction of head and neck cancers (HNCs), in which smoking is involved in their pathogenesis, because tobacco smoking products can induce (ROS) [7].

The human OGG1 gene is located on chromosome 3 (3p26), and encodes a bifunctional DNA glycosylase endowed with an AP lyase activity. This is a region frequently lost in various types of cancers. Loss of the gene would abrogate OGG1 activity imposing an increased risk of mutagenicity on the cell due to accumulation of 8-oxoG in DNA. A common polymorphism of this gene, Ser326Cys a C→G polymorphism in codon 326 at exon 7 is associated with an increased risk of cancer [8].

It was suggested that the Ser326Cys polymorphism of the hOGG1 gene might play an important role in risk for smoking and alcohol-related cancers of the aero digestive tract, including HNCs [9, 10]. This study aimed to investigate the association of the variability in the hOGG1genepolymorphism, and there is k of larynx cancer in Egyptian patients.

Blood samples were obtained from 240 patients (192 men and 48 women) with histological confirmed laryngeal carcinoma aged from 46 to 82 years. Patients were selected from Clinical Oncology Department of Tanta University Hospitals, Egypt, and 240 normal healthy controls were matched by age, gender and geographic origin with the patients group from June 2015 to September 2017.The study was approved by the Ethical Committee of Tanta University, and a written informed consent was obtained from all participants.

Peripheral blood lymphocytes (PBLs) were isolated by centrifugation in a density gradient of 15 min, 280 g. The pellet containing PBLs was re-suspended in Tris-EDTA buffer, pH 8, to give 1-3 × 103 cells/ml. Genomic DNA was extracted from PBLs by phenol/chloroform extraction and proteinase K digestion. The final samples were kept in Tris-EDTA buffer, pH 8, at –20°C until use.

The amplification protocol was as follows: Initial denaturation step at 95°C for 5 min, 30 cycles at 95°C for 30 sec and 30 sec at 57°C annealing temperature and at 72°C for 45 sec. The final extension step was performed at 72°C and was carried out using light cycler instrument. The 200 bp PCR product was digested 3 hours with 2 U of the restriction enzyme SatI (Fermentas, Vilnius, Lithuania). The Cys allele was digested into 100 bp fragments whereas the Ser variant remained intact.

Characteristics of the study subjects. The characteristics of 240 patients with larynx cancer and 240 controls are presented in Table 1. Overall, there was no a statistically significant difference between the cases and controls in the distribution of age or gender while as regards to smoking status, there was a statistically significant difference in patients group when compared to control group (p value < 0.05). The frequency of moderate and heavy smokers was higher in the patients (32.9% and 56.7%, respectively) than in the controls (14.6 and 9.6%) (p < 0.001 in both cases).

The observed genotypes and allele frequencies of hOGG1among cases and controls and their associations with risk of cancer larynx in this work were demonstrated in Table 2. There were 139(58%) patients with ser/ser genotype, 79(32.9%) patients with ser/cys genotype and 22(9.1%) patients with cys/cys genotype, while in control group 213(89%)subjects were with ser/ser genotype, 22 (9%) with ser/cys genotype and 5(2%) with cys/cys genotype. There was aa statistically significant difference between patients and control groups as regard Ser/Ser, Ser/Cys, Cys/Cys and (Ser/Cys + Cys/Cys) genotypes of the hOGG1 gene (P value < 0.05). Moreover, there was a stronge association for the Ser/Cys heterozygotes than Cys/Cys homozygotes with larynx cancer.

Cancer larynx is often smoke-related so, this study aimed to investigate the association of the variability in thehOGG1 genepolymorphism, and there is k of larynx cancer in Egyptian patients.

In this study, statistical analysis suggested that tobacco smoking consumption is a risk factor for development of larynx cancer. Heavy smokers had a much higher risk ratio than former and moderate smokers' groups, which displayed a higher risk than never- smokers. This was agreed with results of other authors and researchers [12, 13].

These data strongly implicate 8-oxoG formation in tobacco smoke-induced carcinogenic pathways. These data are also consistent with the fact that G> T a transversions, which are the primary mutational event induced by 8-oxoG, are also the primary mutational event occurring in the p53 tumor suppressor gene, a common occurrence for upper aero digestive tract cancers [9].

In this study, there was a significant difference between patients and control groups as regard the genotypes of the hOGG1 where, Ser/Ser 89%, Ser/Cys 9%, and Cys/Cys 2% in the controls and those in patients were 58%, 32.9% and 9.1%, respectively. The role of the Ser-326Cys SNP and HNC risk was investigated in six studies [15]. The first case-control study, with a small sample size (167 cases and 331 controls), reported a positive association with HNC risk [9], which was confirmed by Pawlowska et al. [6]. Moreover, Sliwinski et al. [16] showed that the Ser326Cys SNP might modify the risk of SCCHN associated with smoking.

Pawlowska et al. [6] searched for an association between the Ser326Cys polymorphism and the risk of larynx cancer in a Polish population and studied also the association between genotypes of this polymorphism and smoking-related cancers. They concluded that the Cys326 allele of the hOGG1 gene may increase the risk of larynx cancer associated with smoking or alcohol. Cys326 allele had a potential effect in the group of heavy smokers. However, this allele did not affect the groups of former and moderate smokers. These differences may be due to small sample size [6].

From this study it could be concluded that the Ser/Cys and Cys/Cys genotypes are significantly associated with the increased risk of larynx cancer in Egyptian population.