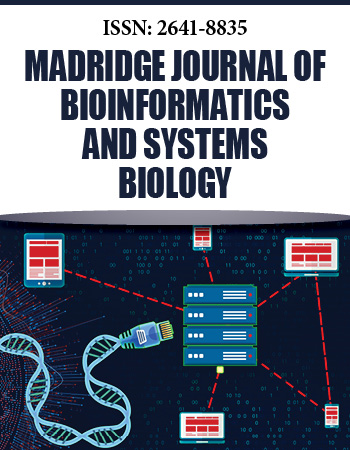 In this paper, we discuss the analytical expressions of velocity and heat transfer for a boundary layer flow with thermal radiation past a moving vertical porous plate. The governing non-linear differential equations are solved analytically using Homotopy analysis method. The results are presented as velocity, temperature, local wall shear stress and wall heat transfer rate profiles various values of parameter involving in the problem. Our analytical results are compared with the previous work and a good agreed is observed.

The study of the flow and heat transfer in fluid past a porous surface has many interesting applications in the field of engineering, especially in physical and chemical industries [1-6]. Makinde et al. [1] investigated the Adomian decomposition approach to a boundary layer flow with thermal radiation past a moving vertical porous plate. Adomian [3] examined a review of the decomposition method in applied mathematics. Adomian et al. [4] investigated the solution of nonlinear ordinary and partial differential equations of physics. Chung et al. [7] examined the stability of steady flow in a channel with linear temperature dependent viscosity. Hayat et al. [8] investigated the hydromagnetic oscillatory flow of a fluid bounded by a porous plate when the entire system rotates about axis normal to the plate.

Hassanien [9] examined the heat transfer in a power law fluid over a non-isothermal stretching sheet. Howell et al. [10] investigated momentum and heat transfer on a continuously moving surface in a power law fluid. Ibrahim et al. [11] examined the method of similarity reduction for problems of radiative and magnetic field effect on free convection and mass transfer flow past a semi-infinite flat plate. Makinde [12] examined free convection flow with thermal radiation and mass transfer past a moving vertical porous plate. Sivasankaran et al. [13] investigated the natural convection heat and mass transfer fluid past an inclined semi-infinite porous surface. Terrill [14] examined slow laminar flow in a converging or diverging channel with suction at one wall and blowing at the other wall. Uzan [15] investigated the heat transfer to a power law fluid in arbitrary cross sectional ducts. Yu-shu et al. [16] examined a numerical for simulating non-Newtonian fluid flow and displacement in porous media. Badr et al [5] investigated the numerical simulation of steady and unsteady mixed convection from tubes of elliptic cross-section. The study revealed that the effect of fluctuations on the time-average Nusselt number becomes more pronounced with increasing Reynolds number. It also revealed that the rate of heat transfer increases with the increase of the amplitude of fluctuations but decreases with the increase of frequency. Yurusoy et al. [17] examined the exact solution of boundary layer equations of a non-Newtonian fluid over a stretching sheet by the method of lie group analysis. This paper demonstrates the solution of the velocity and heat transfer in a boundary layer flow with thermal radiation past a moving vertical porous plate using Homotopy analysis method and discussed by graphically.

Mathematical Formulation of the Problem

Consider an unsteady flow of an incompressible fluid with thermal radiation past a moving vertical plate. Let the x-axis be taken along the plate in the vertically upwards direction and the y-axis be taken normal to it. Let u and v be the velocity components along the x and y respectively. The physical variables are functions of y and t only. Hence, the governing equations are as follows:

The radiative heat flux term is simplified by making use of the Roseland approximation as in eqn (1).

The appropriate boundary conditions are

We can define the similarity variables are as follows:

Here the length scale is defined as

Taking the Taylor series expansion of T4 and neglecting terms with higher powers, we have

Using the eqns. (7) and (8) into the eqns. (2) to (4) we obtained the non-linear ordinary differential equations are as follows:

The corresponding boundary conditions are as follows:

The local wall shear stress (Skin friction) can be defined as

Where N is a nonlinear operator, t denotes an independent variable, u(t) is an unknown function. For simplicity, we ignore all boundary or initial conditions, which can be treated in the similar way. By means of generalizing the conventional Homotopy method, Liao constructed the so-called zero-order deformation equation as:

Where p ∈ [0,1] is the embedding parameter, h≠0 is a nonzero auxiliary parameter, H(t) ≠ 0 is an auxiliary function, L an auxiliary linear operator, u0(t) is an initial guess of u(t), φ (t; p) is an unknown function. It is important to note that one has great freedom to choose auxiliary unknowns in HAM. Obviously, when p=0 and p=1, it holds:

respectively. Thus, as P increases from 0 to 1, the solution φ (t; p) varies from the initial guess u0(t) to the solution u (t).

Expanding φ (t; p) in Taylor series with respect to p, we have:

Differentiating the eqn. (16) for m times with respect to the embedding parameter p, and then setting p=0 and finally dividing them by m!, we will have so-called m th order deformation equation as:

when M→ +∞, we get an accurate approximation of the original eqn.(16). For the convergence of the above method we refer the reader to Liao [19]. If an eqn. (16) admits unique solution, then this method will produce the unique solution.

The initial approximations are as follows:

According to the HAM, we can conclude that

The analytical expression of the dimensionless skin friction using the eqn. (13) is given by Skin friction

The analytical expression of the Wall heat transfer rate using the eqn. (15) is given by

In this paper the Homotopy analysis method is employed to mathematical study of a boundary layer flow with thermal radiation past a moving vertical porous plate. The approximate analytical expressions of the velocity and temperature profiles are derived mathematically and graphically using the Homotopy analysis method. The approximate analytical expressions of the wall shear stress and wall heat transfer rate are also derived using the analytical expressions for the velocity and temperature profiles. We also discussed the graphical representations of the wall shear stress and the wall heat transfer rate. The Homotopy analysis method can be easily extended to solve the other non-linear boundary value problems in physical and chemical sciences.