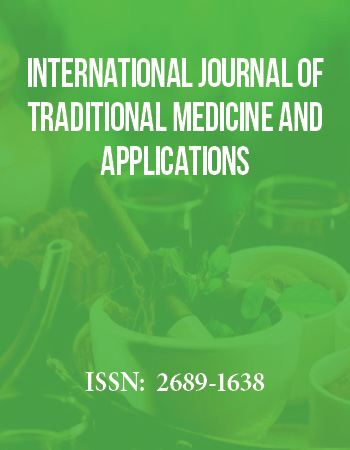 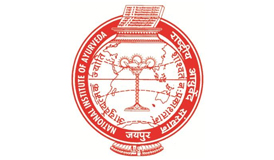 The aim of the present study was to assess the toxicity of Linga Chenduram by analytical and toxicological studies. The analytical toxicity study was conducted for physicochemical properties of Linga Chenduram and elements which are present in it. The Mercuric sulphide was identified as a main ingredient in test drug. Acute oral toxicity study in wistar albino rats were conducted as per the OECD Guidelines 401 and 420. Groups of animals of a single sex were dosed in a stepwise procedure using the fixed doses of 5, 10, 50, 100, 250, 500, 1000, 2000, and 4000 mg/kg. There was no significant toxicity in treated group compared to control. Repeated dose oral toxicity (sub acute) study in Wistar albino rats (28 days) were conducted as per the OECD Guideline 407. Twenty-four rats were selected and divided into four groups of six rats each. The animals in group I (control) received honey daily, while those in groups II, III, IV received 200, 400 and 600 mg/kg of test drug, respectively, through the oral route for 28 days. There was significant increase in the level of TLC and Prothrombin time. In contrast, the APTT and MCV level is gradually decreased. There was significant degrease in the level of urea, potassium and LDL. In contrast, the Total Cholesterol, VLDL and T3 level is increased. There was degenerative change in brain and kidney, inflammatory change in liver and congestion in lung and spleen. The present studies confirm the Linga Chenduram toxicity during prolonged administration of very high doses.

Lingam is one of the pancha soodham in Siddha system; chemically it is called cinnabar and mercuric sulphide (HgS). The Lingam is used for the treatment of Diarrhoea, Fever, Delirium, Chronic ulcers, Polyurea, Urticaria, Tuberculosis, Dermatitis, Scabies, Tumours, Leprosy, Pain and Vaatha diseases [1]. The present effort is, therefore, aimed at investigating the chemical constituent and the toxicity profile of the Linga Chenduram following oral administration in rats.

The drug was collected from the local market in Chennai. The lingam was identified as mercuric sulphide by the base of its physical properties in chemical laboratory. The Lingam was purified and the Linga Chenduram was prepared as per Gunapadam Thathu Jeeva Vaguppu .

Toxicological Studies of the Linga Chenduram

The test substance Linga Chenduram was evaluated for its acute and sub acute toxicity in rats.

Acute toxicity study
Acute oral toxicity.5 study in Wistar albino rats were conducted as per the OECD Guidelines 401 and 420 [4].

Procedure: Groups of animals of a single sex were dosed in a stepwise procedure using the fixed doses of 5, 10, 50, 100, 250, 500, 1000, 2000, and 4000 mg/kg. The initial dose level was selected on the basis of a sighting study as the dose expected to produce some signs of toxicity without causing severe toxic effects or mortality. Further groups of animals may be dosed at higher or lower fixed doses, depending on the presence or absence of signs of toxicity or no more than one death is identified, or when no effects are seen at the highest dose or when deaths occur at the lowest dose.

Sub acute toxicity study
Repeated oral toxicity (sub acute) study in Wistar albino rats (28 days) were conducted as per the OECD Guideline 407 [5]. Procedure: The test substance was orally administered daily in graduated doses to several groups of experimental animals, one dose level per group for a period of 28 days. During the period of administration, the animals were observed closely, each day for signs of toxicity. Animals which die or are killed during the test are necropsied and at the conclusion of the test surviving animals were killed and necropsied.

Experimental design is briefly given in table 1.

In this study Linga Chenduram was analyzed in chemical and toxicological aspects. X-Ray fluorescence study on the drug Linga Chenduram reveals the presence of elements namely Mercury, Sulfur and Arsenic (Figure 1). The physicochemical properties were studied. Result of this study, the solubility characteristics, density, melting point and pH of the drug were identified (Table 2).

Acute toxicity study
The fixed dose procedure was adapted to evaluate the acute toxicity of Linga Chenduram after oral administration in rats. No death was recorded during the treatment period in either the control or treated groups given up to 4 g/kg of Linga Chenduram orally. The animals did show some changes in general behavior and other physiological activities. There were no significant differences between the control and treated groups in the body and organ weights of male and female rats. No pathological alterations were grossly detected. The organs of both control and treated groups were unremarkable and comparable to each sex. There must be a point, however, at which it can be concluded that a test substance is practically non-toxic or non-lethal after an acute exposure. The median lethal dose (LD50) of Linga Chenduram using fixed dose procedure is greater than 4000 mg/kg.

Sub-acute toxicity study
The present study demonstrated that the alterations in the various hematological, biochemical and effects on vital organs in rats after 28 days exposure to Linga Chenduram at different dose levels. From the sub acute toxicity study, the drug produced minimal behavioral changes in treated groups after oral administration of Linga Chenduram . But no mortality was observed any group [6]. There were no significant body weight changes after drug treatment during the experimental period of sub acute toxicity study. But food intake was remarkably increased (P<0.01) after one week of treatment and water consumption was drastically decreased in the moderate and high dose treated groups initially, later it was turned into normal level.

From the results of hematological study, it is confirmed that the 28 days of treatment with Linga Chenduram there was significant increase (P<0.01) in the level of TLC and Prothrombin time. In contrast, the APTT and MCV level is gradually decreased. They are closely related to normal control (Table 3).

In the liver function test, there was a mild change in the parameters but it is not statistically significant (Table 4). The result of RFT shows in table 5. After 28-day treatment of Linga Chenduram the urea and potassium levels decreased (P<0.01) in the animals given 200 & 400 mg/kg dose level. But there were no significant alterations produced in the other parameters like creatinine, uric acid, sodium and chloride levels.

Table 6 indicates the Linga Chenduram effects on lipid profile in which the total cholesterol, LDL, and VLDL were affected (P<0.01). The LDL range is significantly altered but it is nearly equivalent to that of control.

The result of urine analysis shows the increase in dose produces reduction in the urine volume and increase in colour intensity of urine. The epithelial cell count and pH were also slightly affected.

After the last dose of Linga Chenduram from the sacrificed animals the isolated vital organs of different dose given animals were majorly altered (P<0.01). Particularly weights of liver, lung, spleen, stomach and ovary were more significant in all the drug treated groups with respect to control.

In conclusion, these findings suggest that the Linga Chenduram is practically non-lethal after an acute exposure. The median lethal dose (LD50) of Linga Chenduram using fixed dose procedure is greater than 4000 mg/kg. At sub-acute toxicity study, the Linga Chenduram affects almost all the vital organs at the maximum dose range of 600 mg/kg. The normal human dose of Linga Chenduram is 65 mg. It is very minimal dose to compare the study group doses. If the test drug at 0.9 mg/Kg/BW as per literature is given do not produce toxicity. Hence, to avoid the major adverse reactions the duration of treatment is minimized (for mercurial compounds only 7 days) and follows the diet restriction. Further studies are required for identify the toxicities of Linga Chenduram to system wise.