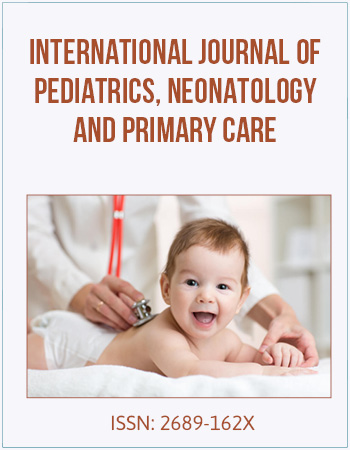 Background: Early phase of the life are very dynamic and important for postnatal brain development. Better understanding of the normal growth pattern is essential to identify the abnormal pathogenesis of different neurological disorders.

Materials and Method: In the present case report brain glucose metabolic pattern of a one year neurologically normal infant was scanned using Positron emission tomography (PET) with [18F] fluoro-2-deoxy-D-glucose (FDG) with a 3 month of follow-up.

Conclusion: The present case report shows a definite pattern of normal brain development and variation of FDG uptake over different regions in the infant.

Brain is the most complex, heterogeneous organ composed of different anatomical and functional components with varying activities and functions independent of time. The maturation of the brain is incomplete at birth, during development it undergo both structural and functional changes. Brain developmental process includes synaptic pruning, synaptogenesis and axonal myelination which continue over the lifespan [1]. In addition, genes and environmental factors also significantly contribute to the normal development of the brain.

Early phase of the life are very dynamic and important for postnatal brain development. Better understanding of the normal growth pattern is essential to identify the abnormal pathogenesis of different neurological disorders. For instance neurodevelopmental disorder such as Autism spectrum disorder likely to be noticeable during the first years of life as a result of changes in early brain development. However, these early alterations in the brain mechanism are unknown. Therefore, itʼs necessary to understand the early normative brain development. In the present case report brain glucose metabolic pattern of a one year neurologically normal infant was scanned using Positron emission tomography (PET) with [18F] fluoro-2-deoxy-D-glucose (FDG) with a 3 month of follow-up.

The infant was referred for the Whole body PET/CT examination for the evaluation and follow-up for Langerhans cell histiocytosis (LCH). Informed consent was obtained from the parent before the procedure of the examination. The infant was selected with the certain inclusion criteria: 1. Absence of any central nervous system metastases; 2. Absence of any neurological conditions Such as developmental abnormalities, epilepsy and infections; 3. No usage of antiepileptic medication or other medication which directly affect the glucose metabolism in brain. This infant represented a normal cerebral distribution for the age during the course of the scan. The age of the infant during evaluation and follow-up was 1 year 10 month and 2 year 1 month.

The infant was fasting for 6 hours and had a normal blood glucose level before the injection of FDG tracer scaled to body surface area using weight based nomogram. FDG was injected intravenously and the child was rested in a dimly lit room, supine and with minimal stimulation. The Computed Tomography (CT) images were used for attenuation correction and localization of lesion in the brain. The child was scanned after 45 minutes post injection of FDG using a GE Discovery 600 PET/CT scanner. The CT was acquired simultaneously with PET. The CT parameters include 0.5 cm slice thickness, 0.8 s, 120 kV, 90 mA with dose modulation. PET/CT images were obtained from the vertex to the feet with 4 minutes per bed position. Non-time of flight attenuation corrected PET images was iteratively reconstructed by a standard vendor provided software.

The brain region was isolated from vertex to toe of a whole body PET/CT images and then processed. The PET/CT images were normalized, aligned and were analysed using ADW software by GE. Standardized uptake values (SUVs) for the region of interests (ROI) of the brain were calculated. The SUVs were calculated using the formula average radioactivity in region of interest (Bq/ml) to the injected activity (Bq) divided by body weight of the child (kg). Further, the brain FDG-PET was visually accessed for understanding the basic pattern of normal infant.

The elliptical ROI were traced along different axis of the plane (Transaxial, Coronal and Sagittal) of caudate head, putamen, thalamus, vermis, cerebellar hemisphere, frontal, parietal and temporal cortex. The SUVs were measured and recorded from the ROI manually.

The normal SUVs were analysed as absolute value for the infant. The difference in cerebral metabolic change in glucose was plotted. The Asymmetry was calculated between the left and right hemisphere of the brain using the formula (L-R/L+R).

When the brain FDG-PET was visually accessed during the baseline maximum FDG uptake was seen in bilateral middle frontal cortex and occipital cortex as shown in figure 1. During the follow-up scan frontal cortex, posterior cingulate cortex, basal ganglia and occipital cortex showed maximum FDG uptake, which was followed by thalamus, anterior cingulate cortex, parietal cortex and cerebellum as shown in figure 1. Medial temporal cortex showed the lowest FDG uptake among the other regions of the brain. Asymmetry was observed between left and right hemisphere of the brain during baseline and follow-up scan.

Glucose is the main metabolic substrate and its oxidation produces the necessary energy for an adequate neuronal activity of the brain. Glucose consumption correlates directly with the local neuronal activity [2], and metabolic variation takes place at the level of synaptic junction [3]. The connection between the neurons are mainly excitatory glutamatergic synapse, which account for majority of cortical synapse [4]. PET uses FDG as a tracer which allows to study the brain glucose metabolism in-vivo at the level of the synapse. Previous studies using FDG-PET had demonstrated the diagnostic accuracy and different diagnosis of neurodegenerative disorders [5,6].

In the present case we evaluated a normal cerebral development in an infant of one year old using FDG-PET. The important finding was that a rapid change in brain glucose metabolism was observed during the course of a three month period in an infant. The frontal cortex showed maximum metabolism when compared to other region during the early period. A pattern of development of brain metabolism was consistent with earlier studies on healthy infants [7]. Previous brain PET studies on infants have shown that adult levels of cerebral glucose metabolism was reached by 2 years of age and it continually tends to increase until 3 to 4 years of age [8]. The present report was also in agreement with the previous studies on infants and childrenʼs.

The rapid increase in the cerebral metabolism of the infant brain reflects the changes consisting of neurons along with the dendrites, synaptic process and vasculature [9]. Thus, during the period of the 1 and 2 years the cerebral changes in the brain was mainly related with the axonal growth and the development of new synapse connection in the brain of the child. The present case report show greater metabolism in frontal cortex when compared to the other regions during the pre-scan which reflect the higher cortical and cognitive functions and interactions with surrounding in the frontal cortex [7,8]. Further, this could also be due to the regional differences in synaptogenesis [10] or region specific maturation and functions [11]. During the follow-up scan most of the other cortical and sub-cortical regions which include parietal, cingulate, cerebellum, basal ganglia and thalamus show increased FDG uptake. This signifies the development of more complex function and integrative functions of the brain. Medial temporal cortex showed the lowest FDG uptake compared to other regions, this could associated with later development of social skills.

The present case report shows a definite pattern of normal brain development and variation of FDG uptake over different regions in the infant. This would act as a reference for FDG-PET scan in differentiating a normal infant development from the children with neurodevelopmental disorder.

Author(s) declare no conflict of interest.