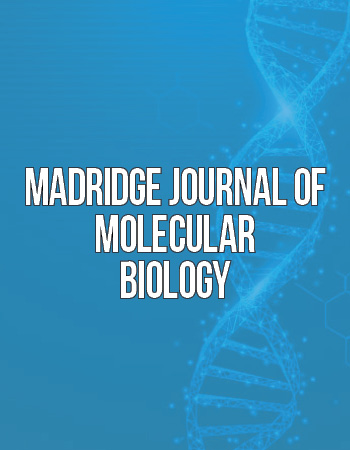 Copyright: © 2021 The Author(s). This work is licensed under a Creative Commons Attribution 4.0 International License, which permits unrestricted use, distribution, and reproduction in any medium, provided the original work is properly cited.

Emerging diseases are significant causes of morbidity and mortality both in humans and animals. Marburg haemorrhagic fever is an emerging life threatening anthropozoonosis that is caused by Marburg virus that belongs to the family Filoviridae. Mucosal surfaces, skin breaches or abrasions, and parenteral entry are all possible routes of transmission. Direct contact with infected persons or animals is the most common source of infection in outbreak settings. In terms of clinical presentation, the disease is divided into three phases: generalization phase, early organ phase, and late organ phase. Outbreaks of Marburg haemorrhagic fever are diagnosed through case identification, contact tracing, and patient isolation, as well as laboratory diagnostics, such as virological, immunological, and molecular techniques. The detection of viral genome by reverse transcription PCR (RT-PCR) technologies or viral antigen by ELISA technology is the most common first-line diagnostics for Marburg haemorrhagic fever. Because there is no specific treatment for Marburg haemorrhagic fever, patients are currently treated with palliative care, which includes pain control and supportive care techniques like maintaining blood volume and electrolyte balance. The prevention activities are to avoid coming into contact with the viruses. It is imperative to develop strategies for the efficient surveillance and control of zoonoses especially in resource limited nations.

Marburg haemorrhagic fever also known as Green monkey disease and Marburg disease is an emerging viral anthropozoonosis of public health significance. The disease was first recognized in 1967 in Germany and Yugoslavakia among the laboratory workers who were exposed to imported green monkey (Cercopithecus aethiops) from Ugnada [1]. It is caused by Marburg virus, which belongs to the genus Marburg virus in the family Filoviridae and affects humans as well as nonhuman primates. Despite the overall rarity of their occurrence, this disease is widely recognized, owing to mostly sensationalist descriptions of outbreaks [2,3]. Marburg virus on the other hand, is highly pathogenic and has been linked to severe outbreaks in the past, with case fatality rates ranging from 25% to 90%. Marburg virus is classified as class a select agent because it is considered a potential bioweapons agent [4].

Systemic viral replication, immunosuppression, and aberrant inflammatory responses are all symptoms of Marburg haemorrhagic fever. These diseaseʼs pathological traits contribute to a variety of systemic dysfunctions, such as hemorrhages, edema, coagulation irregularities, and, eventually, multiorgan failure and shock, which commonly result in death. The lack of licensed vaccinations and effective therapies is due to a lack of deep understanding of the pathological processes that lead to this terrible disease [5]. The importance of Marburg haemorrhagic fever as a lethal emerging viral zoonosis is discussed in this communication.

Marburg haemorrhagic fever is caused by members of Marburg virus genus that belongs to the Filoviridae family. Within Marburg virus, there is only one species, Marburg virus (previously Lake Victoria Marburg virus) [6]. Marburg virus is an extended filamentous molecule with a constant diameter of 80 nanometers and a length that varies greatly. The viral fragment is pleomorphic, meaning it can take the shape of a “6,” “U,” or “circular,” and itʼs enclosed in a lipid membrane. Each virion contains one molecule of single-stranded, negative-sense viral genomic RNA, complexed with the proteins NP, VP35, VP30, and L [7,8].

There are several modes of transmission of Marburg haemorrhagic fever [1]. Human contracts the infection from direct handling of tissues, viscera, and body fluids of African Green monkey. Infection is acquired by contact with blood, and secretions of the sick person. Accidental needle prick during injection or taking blood from patient can also result in infection. Sexual transmission of infection can occur from husband (infected /recovered) to his wife as the virus is excreted in the semen [1].

In humans, the incubation period of Marburg haemorrhagic fever can last anywhere from 2 to 21 days, with an average of 5–9 days [9,10]. The disease manifests itself mostly in three stages: A period of generalization that begins with flu-like symptoms [11]. This phase can last up to five days after the commencement of the disease and is characterized by fast debilitation. There have been reports of fatigue, generalized pain, and loss of appetite, followed by vomiting, nausea, abdominal pain, and severe watery diarrhea [1,5]. Conjunctivitis, exanthema, dysphagia and pharyngitis are also commonly observed [12]. Prostration, dyspnea, exanthema, and aberrant vascular permeability, including conjunctival injection and edema, characterize the early organ phase (days 5-13 after the onset of disease [5].The early organ phase of the disease marks the start of the diseaseʼs severe phase. Encephalitis, disorientation, psychosis, irritability, and violence are all neurological signs [11,13]. The late organ phase is defined as a period of disease that lasts from day 13 to day 20+. Convulsions, severe metabolic abnormalities, generalized coagulopathy, multiorgan failure, and shock are all possible symptoms in this phase [13,14]. Typically, fatalities occur 8-16 days following the onset of symptoms [13]. It is mentioned that case fatality about 88% was observed in a community outbreak in Angola, Africa [1].

Incubation period vary depending on the virus and dose. In rhesus macaques and vervet monkeys, the incubation period is 3 to 16 days. The incubation period in guinea pigs is 4 to 10 days. During outbreaks, clinical indications seen in dying wild animals (of diverse species) include vomiting, diarrhea, hair loss, emaciation, and nasal hemorrhage. Itʼs unclear whether all of these symptoms are caused by Filovirus infections or if some are caused by other diseases. Fever, anorexia, vomiting, splenomegaly, weight loss, and a skin rash are all symptoms of Marburg hemorrhagic fever in experimentally infected monkeys. Petechiae, bleeding into the gastrointestinal tract, and bleeding from puncture wounds and mucosal membranes are all hemorrhagic symptoms. Death of the monkey occurs after shock and hypothermia [6].

Marburg haemorrhagic fever has primarily only been found in a few countries in Sub-Saharan Africa. Following the handling of viscera, bodily fluids, and/or kidney tissue cultures from African green monkeys imported from Uganda, outbreaks were reported in Marburg, Frankfurt, and Belgrade (Yugoslavia, now Serbia) in 1967. Thirty-one instances were reported, including nine deaths [7,15]. Isolated cases were documented in South Africa (originating in Zimbabwe), Kenya, Zimbabwe, Kenya, and the Democratic Republic of Congo between 1975 and 1987 [7].In the Democratic Republic of Congo, a massive long-running outbreak occurred between 1998 and 2000, resulting in 149 cases and 123 deaths. The greatest outbreak to date occurred in Uige, Angola, between 2004 and 2005, with 252 cases and 227 deaths documented [16].Since 2007, a number of instances have been documented in Uganda, with some cases being identified in individuals returning from Uganda in other countries (e.g., the United States and the Netherlands) [17,18].

Roussettus aegypticus, a type of African fruit bat, may serve as a natural reservoir for MARV [19]. Transmission into the human population via inhalation of polluted excreta from diseased bats might be considered a primary route of introduction [20]. Marburg virus transmission can take place through mucosal surfaces, cutaneous breaches or abrasions, and parenteral administration. Direct contact with infected persons or animals is the most prevalent source of infection in outbreak settings, but parenteral exposure, which occurs often in the nosocomial setting, is the most fatal [5]. Virus transmission occurs through three different contact modes during an outbreak. 1) transmission between sick peopleʼs family members, close friends, and caregivers; 2) contact with dead bodies during preparation and funeral services; and 3) transmission in health-care settings from sick patients to medical staff or other hospitalized patients through breaches in barrier nursing and reusing medical equipment [21,22].

Marburg haemorrhagic fever outbreaks are diagnosed using a combination of case identification, contact tracing, and patient isolation, all of which are supported by laboratory diagnostics. Because the clinical symptoms of Marburg haemorrhagic fever are similar to those of many tropical infectious diseases, such as malaria, rickettsial infections, and typhoid fever, clinical diagnosis is difficult in the early stages of an outbreak [23]. Virological, serological, and molecular approaches are used in laboratory diagnostics. Whole blood and serum are the most ideal and trustworthy specimens for diagnostics, although other specimens such as saliva (oral swab) and urine (less reliable), as well as breast milk, can be used as substitutes if blood is not available [24,25]. The detection of viral antigen by ELISA method and viral genome by reverse transcription PCR (RT-PCR) technique is the most commonly employed in the diagnosis of Marburg haemorrhagic fever [23]. The confirmatory methods include the virus isolation and electron microscopy [26].

Marburg hemorrhagic fever has no specific treatment. Early supportive care, such as rehydration and symptomatic treatment, improves survival prospects. There is currently no licensed treatment for the virus that has been demonstrated to neutralize it, but a number of bloods, immunological, and pharmacological therapies are being developed [23]. The infected animals are usually euthanized because most filovirus infections are dangerous and often lethal in both humans and nonhuman primates [6].

One approach to prevent against infection is to avoid fruit bats (Rousettus aegyptiacus) and sick non-human primates. Secondary, or person-to-person, transmission prevention measures are similar to those employed for other hemorrhagic fevers. Infection prevention and control measures should be implemented to avoid direct physical contact with a patient who is suspected or confirmed to have Marburg hemorrhagic fever. The wearing of protective gowns, gloves, and masks; isolating the sick individual; and sterilizing or properly disposing of needles, equipment, and patient excretions are all examples of these precautions. In humans, Marburg hemorrhagic fever is a rare disease. When it does happen, though, it has the potential to be devastating. Another objective is to improve the usage of diagnostic tools. It is now possible to obtain rapid testing of samples in disease control centers equipped with Biosafety Level 4 laboratories (laboratories equipped with the highest level of biosafety precautions) to confirm or rule out Marburg virus infection, thanks to modern modes of transportation that allow access even to remote areas [27].

Humans and nonhuman primates both contract Marburg hemorrhagic fever, which is a serious zoonotic disease. Marburg virus resides in animal hosts, and infected animals can transmit the infection to people. The viruses can spread from person to person after the initial transmission by contact with bodily fluids or tainted needles. Primates become infected from an unknown source on an irregular basis; recent data shows that the reservoir hosts are most likely bats. High fever, severe headaches, muscle aches, severe watery diarrhea, abdominal discomfort and cramping, nausea, and vomiting are all symptoms of the Marburg virus in humans. Viruses that are pathogenic kill up to 90% of persons who become infected. Fever, anorexia, vomiting, splenomegaly, weight loss, and a skin rash are all symptoms seen in experimentally infected monkeys. The only approach to definitively diagnose Marburg virus infections is to use ELISA, antigen detection tests, serum neutralization testing, reverse-transcriptase polymerase chain reaction (RT-PCR) assays, and viral isolation by cell culture. There is no specific treatment for this condition. As a result, the best ways for infection prevention and control are raising the public awareness, limiting infection in healthcare settings through hand cleanliness, and the use of personal protective equipment (PPE), safe injection techniques, and safe burial practices.

The authors are very thankful to Prof. Dr. R.K. Narayan for his suggestions during the preparation of manuscript and Anubha Priyabandhu for computer help.

All the authors contributed equally. They read the final version, and approved it for the publication.

The authors declare that they do not have conflict of interest.