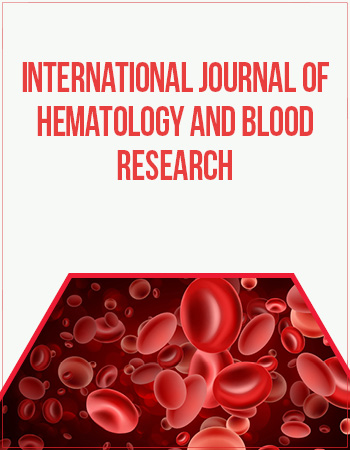 Malaria presents a diagnostic challenge to laboratories especially in non-endemic malaria countries as in Saudi Arabia. Population movements and travelers all contribute to presenting the laboratory with diagnostic problems for which it may have little expertise available. This study was aimed to detect malaria antigens in feverish patients by Rapid Antigen Detection Kit (RDTs) and microscopic examination of thin and thick blood films. Between May to October 2018 blood samples were collected from 100 patients, attending the internal medicine department at King Faisal Medical Complex at Taif, Saudi Arabia complain of fever highly clinically susceptible to be malaria. This study detected 20 (20%) malaria positive cases by both microscopy and Optimal-IT RDTs. Patients were aged between 20 to 50 years, 85% were male and 15% were female, 90% were non-Saudi, while Saudi patients were only 10%. The study concluded that RDT is very effective, rapid and simple method of diagnosis of malaria especially in nonendemic area like Saudi Arabia.

Malaria is an infectious disease caused by parasites of the genus Plasmodium that is characterized by a probably fatal acute febrile illness. It is considered a great public health problem worldwide [1].

Malaria Parasites are blood parasites that are transmitted to humans through the bite of an infected mosquito [2,3].

Environmental changes and environmental disturbances, due to both natural phenomena and human intervention, have a continuing impact on the emergence and spread of parasitic diseases [4].

Since the epidemics of malaria in the South Western regions of the Kingdom of Saudi Arabia, the Ministry of Health has pursued a policy of elimination malaria since 2004, focusing on the remaining areas of tropical malaria in the endemic areas of Aseer and Jazan. The affected area of Asser region was the lowlands area of Tihamaqahtan and local malaria transmission was evident in 2006-2007. But spread and incidence of new infections was very low [5].

Early and accurate diagnosis and prompt treatment of clinical suspected malaria are essential for reducing malaria morbidity and mortality, drug resistance and malaria control. The primary objective of the treatment is to ensure the rapid and complete elimination of the Plasmodium parasite from the patientʼs blood in order to prevent progression of uncomplicated malaria to severe disease or death, and to prevent chronic infection that leads to malaria related anemia. The common methods which used to diagnose malaria are: microscopic examination of Giemsastained thick and thin blood smears, rapid diagnostic tests (RDTs), and Polymerase Chain Reaction (PCR) or other nucleicacid based assays, microscopy remains the mainstay of parasite-based diagnosis in most large health clinics [6]. So the aim of our study is to detect plasmodium parasites antigen in patients complains of fever by using rapid antigen detection test (RDT).

Subjects
Cross section study was conducted on King Faisal Medical Complex in Taif city during the period from May 2018 to October 2018, 100 blood samples from feverish patients highly suspected to be malaria cases and were subjected to:

Inclusion criteria: Patients with fever suspected to be malaria.

Microscopic examination of blood smears: Thick and thin blood films were prepared, stained with fresh 10% Giemsaʼs solution and examined using X 1000 oil immersion magnification. The slides were reported negative only when no parasites were detected in 200 fields of each thick film. Stained thin film preparations of positive thick films were examined to determine the species: P. falciparum, P. vivax, P. malariae or mixed infection, Parasitemia was evaluated in 100 fields of thin films against the leucocytes counts taken from records of the patients, based on the equation: number of parasites/µl=total parasite count/WBC count × the total leucocyte count/µl.

OptiMAL test: The OptiMAL rapid malaria test (Diamed, Flow Inc. Portland, Oreg.) was performed according to the manufacturerʼ instructions. Briefly, a drop of blood was added to a well in a microtiter plate and mixed with two drops of lysis buffer A, which disrupts the red blood cells and releases the pLDH. The specimens were then allowed to migrate to the top of the pLDH strip. After eight minutes, the strips were placed in washing buffer B, which clears the hemoglobin from the strip. Positive and negative control samples were included with each batch tested. The entire process took approximately 15 min, and results were visually interpreted immediately. A positive control line should always be present at the top of the strip to verify that the test strip is functional. If this is the only line that appears, the test is considered negative for malaria. Appearance of a second line, adjacent to the positive control line, indicates the presence of a non-P. falciparum malaria parasite (P. vivax, P. ovalae, or P. malariae). When a third line is also present, this indicates a positive response for P. falciparum infection.

Statistical analysis
Collected data were coded, tabulated and introduced to a PC using the Statistical Package for Social Science (SPSS) for windows version 19.0.

Ethical concerns
Ethical approval for this study was being obtained from the Ethics Review Committee of the College of Applied Medical Sciences at Al-Taif University. Moreover, all patients included in the study were being informed of the study objectives and a written signed consent was taken.

Malaria is one of the most widespread infectious diseases of tropical and sub-tropical countries four countries have eliminated malaria and been certified by the World Health Organization (WHO) as malaria free. Today, 34 countries, including the Kingdom of Saudi Arabia, are actively attempting to eliminate malaria. Malaria control in Saudi Arabia was initiated in 1948 by the Arabian American Oil Company (ARAMCO) in the Eastern province, primarily to protect employees living around the oases. This programme was used by the Saudi Arabian government as the template for a national malaria programme in 1952, which targeted malarious districts across the kingdom and was designed to protect pilgrims en route to the holy sites of Mecca and Medina. Saudi Arabia joined the WHO global malaria eradication effort in 1963 and, by the early 1970s, transmission was arrested in the Eastern and Northern provinces. In Saudi Arabia, malaria persists in the provinces of Aseer and Jazan, both bordering the Republic of Yemen, following a series of outbreaks of which the worst was in 1998 [7].

Malaria RDTs are immunochromatographic tests that detect parasite antigens in whole blood samples. RDTs offer several advantages over clinical diagnosis or microscopy. In field trials, they have demonstrated ≥ 90% sensitivity and specificity for infection with ≥ 200 parasites/µL. They are simple in comparison with other malaria diagnostic tests, because they do not require expensive equipment. They provide results in 15–20 min, and they are relatively inexpensive. RDTs are simple to use, and clinicians or community health workers can be taught to perform them with a half day or full day of practical training. Correct interpretation of RDTs is less subjective than that of microscopy—the test line is either present or absent. Currently available RDT products detect one or more of three target antigens. RDTs typically have a shelf-life of 18–24 months, allowing sufficient time for delivery, distribution, and use in most settings. Because of their ease of use and accuracy, RDTs have an increased capacity to provide malaria diagnosis in nearly all healthcare settings, an essential component of accurate disease surveillance in an elimination setting [8].

Our study showed that the number of diagnosed malaria in different age groups the highest percentage for age group from 31-40 then the age from 20-30 then the age between 41-50 as in figure 1 in agreement with study done by AbdelWahab et al. [9] this can explained by most of expatriate in this age groups.

In figure 2 showed the sex distribution involved in the study and demonstrated that males are more affected with malaria than females our result is in agreement with study done by Cotter et al. [10] this may be due to men working in the fields are more exposed to mosquito bites. In some societies, men have a greater occupational risk of contracting malaria than women if they work in mines, fields or forests at peak biting times, or migrate to areas of high endemicity for work, in addition to leisure activities, sleeping arrangements may also affect malaria transmission. In some societies, men tend to sleep outdoors and this may increase their risk of exposure to mosquitoes bites [11]. Also study done by Garley et al. [12] showed men may be more vulnerable than women to exposure, Women may be more willing than men to invest in malaria-prevention measures such as insecticide-treated bed nets.

RDT is very effective, rapid and simple method of diagnosis of malaria especially in non-endemic area like Saudi Arabia.