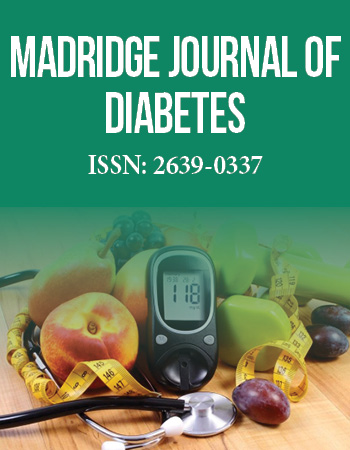 Chronic kidney disease (CKD) is a global health care problem; Serum creatinine (SCr), Serum uric acid (SUA) levels has shown to be the markers of renal disease progression. We aim to test renal function-normalized serum uric acid (SUA/SCr ratio and SUA*GFR/100; corresponding with their eGFR equation) as biomarkers of estimated glomerular filtration rate (eGFR) and CKD identification in type 2 diabetes mellitus (T2DM) patients. A total of 446 T2DM patients were included. Three eGFR equations were used as: Cockroft-Gault (eGFR1), the modification of diet in renal disease (MDRD) (eGFR2) and CKD-epidemiology collaboration (eGFR3) equation. Kruskal-Wallis test and Mann-Whitney U-test were used to compare the differences all groups and intergroup. ROC curve was used to indicate better marker, discrimination, and cut-off values generation. SUA*eGFR/100 and eGFR were significantly different in eGFR3 and caused the different values of SUA*eGFR/100 in total T2DM patients. The number of CKD patients (eGFR 30-59.9 ml/min/1.73 m2 ) was different according to their eGFR equations and found significantly different in eGFR of each group and SCr, SUA, SUA/SCr ratio, and SUA*eGFR/100 in eGFR3 group. Bivariate correlation of SUA/SCr ratio, SUA*GFR/100 were significantly correlated with eGFR1, eGFR2, eGFR3 and the other variables both in total and in CKD group. SUA/SCr ratio, SUA*eGFR/100 with each eGFR equations cut-off values for CKD identification were generated.

Conclusion: SUA/SCr ratio can be used as a biomarker of GFR estimation and CKD identification, likely with eGFR but easier calculation. SUA/SCr ratio cut-off values were provided corresponding with their eGFR equations for selection.

Kidney dysfunction and albuminuria are determinants as independent risk factors for chronic kidney disease (CKD) and cardiovascular disease (CVD) [1, 2]. Chronic kidney disease is a global health care problem; hyperglycemia and hypertension are the modifiable risk factors to control these factors are important for CKD prevention [3]. Patients with CKD may have one or more of these following, pathologic abnormalities, markers of kidney injury or damage (imaging, serum or urine sediment abnormalities and albuminuria), or GFR <60 mL per minute per 1.73 m2 for at least three months [4]. Diabetes mellitus is the major and leading cause of CKD globally [5].

Serum creatinine (SCr), blood urea nitrogen (BUN) and serum uric acid (SUA) levels and urine analysis were commonly used for kidney function estimation [6]. However more evidences are demonstrated these biomarkers are not reach the optimal detection of the early stages of kidney disease [7-10]. The Kidney Disease Improving Global Outcomes recommends that glomerular filtration rate (GFR) is a determinant for diagnosis, classification and staging CKD [11]. GFR is the volume of body fluid filtered through the glomerular capillaries of the Bowman's capsule per unit time [12, 13]. GFR was usually used in clinical practice for drug dosing, diagnosis, prognosis and management in addition with public health and research works [14-16].

Serum creatinine (SCr) is a common marker for detecting the GFR changing and CKD stage, elevated SCr as a marker of renal disease and decreased renal function [17]. Similarly, elevated SUA level is also commonly observed in CKD patients. It is a simple biochemical marker for impaired or pathogenic role of kidney function [18, 19]. An elevated SUA was also associated with impaired renal function in type 2 diabetes mellitus (T2DM) patients [20], and used as predictor of development and progression of CKD in T2DM patients. [20, 21] In general physiological, renal clearance of SUA is often impaired during kidney injury or dysfunction, renal function is the major confounder in studies of the association between SUA with CKD progression [22].

The renal function-normalized SUA (SUA/SCr ratio and SUA*GFR/100) is studied before as the biomarker of the chronic obstructive pulmonary disease, metabolic syndrome and higher in the population with high prevalence of metabolic syndrome and T2DM [23, 24-26]. Because of the many formulas of the eGFR including sex, weight, race and many mathematic numbers were used in the clinical practice and provided the different results. But the SUA/SCr ratio is easier calculation by using the general biochemical markers no any additions. In the present study, we aim to demonstrate the renal function-normalized SUA (SUA/SCr ratio and SUA*GFR/100) [23] as the biomarkers for eGFR and CKD detection in T2DM patients.

Physical and Biochemical Examination
All T2DM underwent anthropometry, blood pressure measurement and physical examination. Body mass index (BMI) was calculated and waist circumference (WC) was measured at the midpoint between the rib cage and the top of lateral border of iliac crest at minimum respiration. BP was measured after the participants had been seated and rested for 5 minutes, as the mean value of at least two measurements for these participants on the same day with calibrated desktop sphygmomanometers. Venous blood samples were collected from all participants without stasis after 8-12 hour fast in a seated position. Blood specimens were processed and assayed in the clinical laboratory of Ladyao Hospital, Nakhonsawan, Thailand. Plasma glucose (Glu), blood urea nitrogen (BUN), serum uric acid (SUA), total cholesterol (TC), triglyceride (TG), high density lipoprotein-cholesterol (HDL-C) were measured by enzymatic method. Serum creatinine (SCr) and urine creatinine (UCr) concentrations were determined based on the Jaffe reaction. Low density lipoprotein-cholesterol (LDL-C) concentrations were calculated with Friedewald's formula in specimens with TG levels <400 mg/ dl. Urine samples were collected in polyethylene bottles after physical examination and blood taken for N-acetyl-β-Dglucosaminidase (NAG) and UCr determination. SUA/SCr ratio and SUA*GFR/100 were calculated according to their formula.

Hemoglobin A1C Measurement
HbA1c levels were assayed by using turbidimetric inhibition immunoassay (TINIA) on hemolyzed whole blood (standardized according to the International Federation of Clinical Chemistry) by use of a Hitachi 912 auto-analyzer (Roche Diagnostic, Switzerland)

High sensitivity-C-reactive protein (hs-CRP) Measurement
The hs-CRP levels were assayed by using latex-enhanced immunoneplelometric method on the Hitachi 912 auto-analyzer (Roche Diagnostic, Switzerland) that has been standardized against the World Health Organization reference.

Urinary NAG (UNAG) Measurement
The assay is based on NAG in urine reacting with the substrate of p-nitrophenyl-N-acetyl- β -D-glucosaminide in sodium citrate buffer (pH 4.4) at 37 °C to liberate p-nitrophenylate ion, then adding 2-amino-2-methyl-1- propanol (AMP) buffer (pH 10.25) to the reaction and measuring the color reaction with spectrophotometer at 405 nm [27] The within-run and between-run coefficient of variation in control material were 3.14% and 4.11% (n=10).

Estimated Glomerular Filtration Rate (eGFR)
The eGFR of each method was calculated by as follow:

All data are presented as median and interquartile range for non-normally distributed data, tested by using Shapiro-Wilk test. All clinical characteristics, eGFR,SUA/SCr ratio, SUA*eGFR/100; corresponding with their eGFR equations were compared and CKD of these T2DM patients were identified (eGFR 30-59 ml/min/1.73 m2 ) and compared clinical characteristics, number of patients according to each equation of eGFR calculation by using Kruskal-Wallis test, and compared the differences of intergroup by using Mann-Whitney U-test. Bivariate correlation between SUA/SCr ratio, SUA*eGFR/100, NAG, hs-CRP and with the other variables was assessed by using Spearman rank correlation test. A comparison of SUA/ SCr ratio and SUA*eGFR/100 in CKD and non-CKD group of each eGFR equation were analyzed in terms of a receiver operating characteristic (ROC) curve. A ROC curve is a plot between sensitivity (Y-axis) versus false positive (X-axis), obtained for different cutoff points. Areas under the curve (AUC) of the ROC curves and their 95 per cent confidence intervals (CI) were evaluated as a measure of diagnostic accuracy. A discriminate analysis was performed to identify a combination of these parameters that provided the best differentiation between CKD and non-CKD individuals. Greater AUC of the ROC curve indicated better markers of the study. In general, an AUC of a ROC of 0.5 suggests no discrimination, whereas a maximal AUC of a ROC of 1 suggests outstanding discrimination and also generate the cut-off values of SUA/SCr ratio and SUA*eGFR/100 according to each equation of eGFR calculation [32]. All tests were two tailed, and p-values less than 0.05 were regarded as statistically significant. All analysis was performed by SPSS version 13.0 (SPSS, Chicago, IL, USA).

The comparison of all clinical characteristics, SUA/SCr ratio, SUA*eGFR/100; corresponding with their eGFR equations of 446 T2DM patients by using the Kruskal-Wallis test and MannWhitney U-test were demonstrated in Table 1.

The different number of individual having lower cut-off value of SUA/SCr ratio and eGFR<60.0 ml/min/1.73 m2 (CKD) were identified by using their SUA/SCr ratio values and their eGFR equation as shown in the Table 6.

Estimating GFR was very important and usually used in clinical practice for drug dosing, diagnosis, prognosis and management in addition with public health and renal research works [14-16]. The most commonly used equations including Cockroft-Gault (eGFR1) [28], MDRD (eGFR2) [29, 33], CKD-EPI (eGFR3) [30] and more equations that combines creatinine and CysC [34]. The results of CKD-EPI were significantly lower estimated CKD than the MDRD equation [33]. While the MDRD equation underestimates GFR in healthy individuals resulting in false negative diagnosis of CKD in this population [35].

Only SUA has been shown a predictor for the progression of renal disease caused from the association of SUA and eGFR, but not all studies [36, 37]. In impaired renal function, increasing of SUA was occurred as a consequence of CKD as a strong predictor for renal disease progression. Patients with lower eGFR were higher in SUA levels and higher risks in progression of renal disease. Then, baseline renal function-normalized SUA (SUA/SCr ratio, SUA*eGFR/100), which may reflect the net production of SUA, will be better than only SUA value as the predictor of incident CKD. The Modification of Diet in Renal Disease (MDRD) Study also failed to demonstrate SUA as the predictor for progression of chronic renal failure after a 10-year follow-up in 840 individuals with CKD [20, 38, 39]. SUA/SCr ratio is studied before as the biomarker of the chronic obstructive pulmonary disease, metabolic syndrome and higher in the population with high prevalence of metabolic syndrome and T2DM [24-27].

The present study demonstrated SUA/SCr ratio and SUA*eGFR/100 was significantly correlated with each eGFR equations.SUA/SCr ratio can be used as a biomarker of GFR estimation in the same as eGFR but easier calculation by using the general biochemical markers no any additions. We also provide the SUA/SCr ratio cut-off value according to eGFR equations for selection.