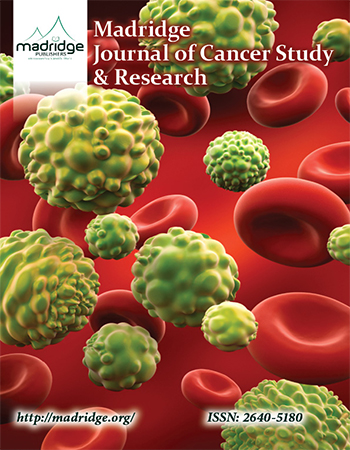 Objective: The objective of this study was to compare the salivary protein profiles from an individual diagnosed with Mantel Cell Lymphoma (MCL) before, during, and after chemotherapy.

Methods: Saliva specimens were serially acquired from a volunteer patient prior, during, and after chemotherapy. Experimentally, the specimens were trypsinized and the peptide digests labeled with the appropriate iTRAQ reagent. Labeled peptides from each of the digests were combined and analyzed by reverse phase (C18) capillary chromatography on an LC-MS/MS mass spectrometer equipped with an LC-Packings HPLC. The Swiss-Proteome database was employed for protein identification.

Results: The results yielded 258 comparative salivary proteins between the baseline and post-treatment samples. Among the total number of proteins, 26 were significantly differentially expressed between the evaluations. The results of the study suggest salivary protein alterations secondary to MCL and that a number of the proteins were changed as a result of chemotherapeutic intervention implying that the treatment, from a proteomic perspective, was efficacious. However, there were protein signatures that were unchanged and remained differentially expressed.

Conclusions: The results of the study suggest that salivary protein alterations are altered secondary to MCL and may be useful in monitoring the efficacy of treatment. It is also interesting to observe that a number of the proteins were changed as a result of chemotherapeutic intervention; however, there were a number of proteins that were unaffected by the intervention implying that a patient may be in clinical remission, but not molecular remission leaving the patient vulnerable to future disease recurrence. The study proposes that salivary secretions may be used as a “real-time” in vivo model for studying MCL progression and treatment efficacy.

Biography: Dr. Streckfus has over 100 peer-reviewed journal articles and has been invited to speak at numerous national and international conferences. He has received many honors and awards which include the prestigious President's Award for Scientific Excellence, Presented by the International Society for Preventive Oncology, awarded atthe Pasteur Institute, Paris, France, the NIH Award of Merit for his statistical analysis of the NHANES III Study, the ADA recognition award for services on the Council of Scientific Affairs, the American Academy of Oral Medicine Service Award and the Mayor of Baltimore City Baltimore's Best Award for rendering dental services to the underserved citizens of Baltimore. He was granted 4 patents for his work in breast cancer biomarker research all which were assigned to the University of Mississippi Medical Center and the University of Texas Health Science Center. He is the first dentist to ever receive funding from the Komen Breast Cancer Foundation.